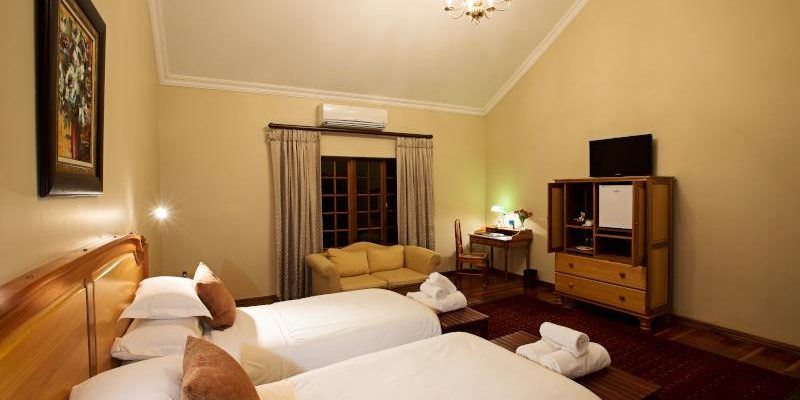 A High Point of Hotel Accommodation in Centurion

We’ve shared Centurion’s name-change journey to its current status via several blogs, contained in the “News” pages of our website. Before we focus on our unique accommodation, extras and additional, thoughtful luxuries and amenities on offer at Kleinkaap, we’d like to explore a different perspective about our city.

We’ve not yet explored the origins of the word “Centurion”, now the name of our city between Pretoria, Midrand and Johannesburg. This completely neutral name was selected because it has no possibly contentious or potentially offensive association with any past or present South African historical or political fact or figure.

As is often the case with much that is commonplace nowadays, one has to look back to ancient Rome and the Roman Empire, before its decline and demise, to explore the origins of things and find answers to numerous questions. These include words, meanings, customs, ground-breaking human achievements like legal systems, the calendar, fantastic feats of design and engineering, and a host of other enduring innovations and inventions.

As ambitious, often warlike empire builders, the ancient Romans relied heavily on their leaders and armies to defend the Empire, while conquering new territories and nations to add to the wealth and splendour of the Roman Empire. Roman society and military forces were organised, regimented and/or ranked to the extent that non-Romans couldn’t even hold citizen status.

The Century and its Centurion

The immense Roman army consisted of many ranks. Because of its potentially cumbersome size, the army was divided into legions, which were again subdivided into smaller, more manageable groups, one of which consisted of 100 men (or 80 men, according to some sources).

These divisions were called “centuries”, the Latin equivalent of 100 being “century”, just as it is today. Each Roman military century was commanded by a centurion, the leader of his designated century. Their life was rough and tough, devoid of perceived luxuries.

Contrary to modern expectations, non-military travellers in the Roman Empire could obtain accommodation at inns, the forerunners of hotels. Typical inns offered communal dormitories or private rooms, plus basic services and food that were provided by household staff – in all likelihood, slaves.

Although we honour our heritage of more than 100 years at Kleinkaap Boutique Hotel, any similarities between our Centurion hotel’s amenities and ancient inns exist in name only. Our estate features exclusive private spaces, as well as welcoming communal areas, notably our thirty-four luxurious, 4-star guest accommodation suites, elegant conference venues, our gourmet restaurant – the 16th Lintel, and our open-air, al fresco dining areas that lead out of the 16th Lintel’s tastefully appointed dining room.

In keeping with our boutique status, Kleinkaap is distinctive, unlike other types of hotels, where virtually all standard guest accommodation rooms are carbon copies of one another. Additionally, we take pleasure in providing our guests with a delightful variety of additional, thoughtful touches to enhance the welcoming comforts and quality of their accommodation with us, and their overall hotel experience.

Get the latest information from the S.A Health Department about COVID-19 - Learn More